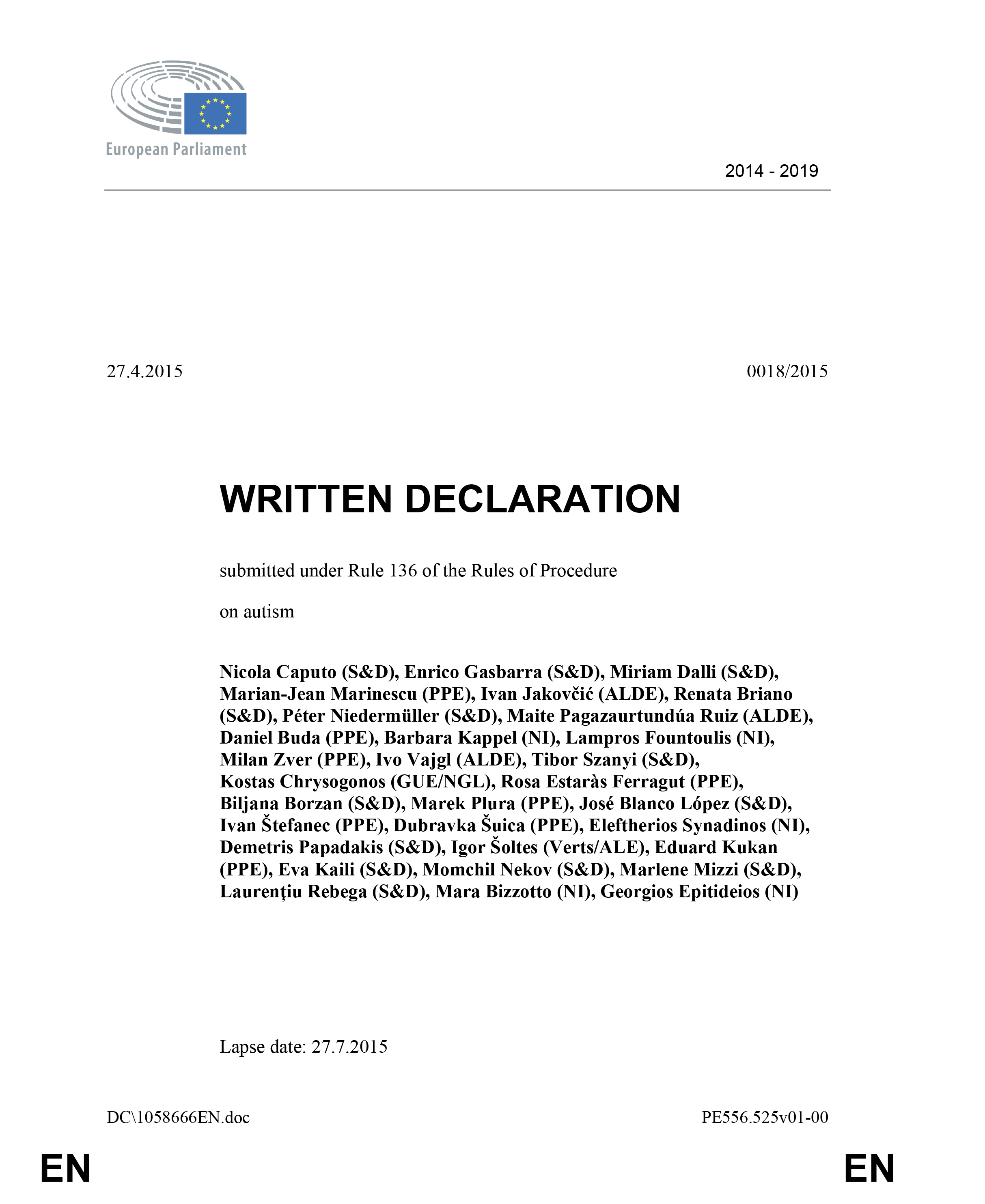 This Written Declaration calls on the European Union and its Member States to adopt a European strategy for autism that will:

What is a Written Declaration of the European Parliament?