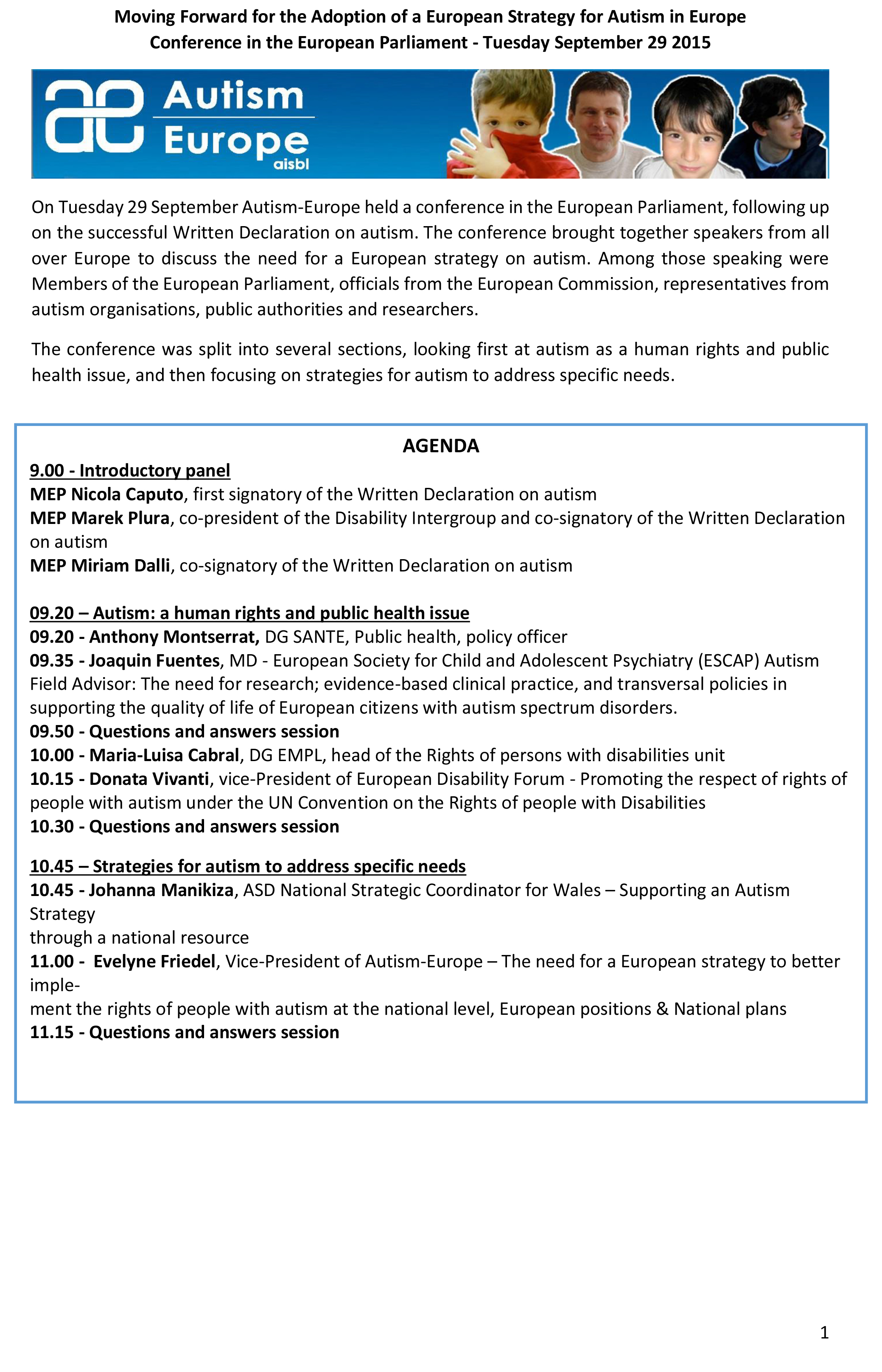 The event welcomed over 70 representatives of autism organisations, researchers, practitioners, policy makers and other interested parties from all over Europe to discuss the grounds for a European strategy for autism.
The conference highlighted the importance of responding to the urgent needs of 5 million EU citizens affected by autism, considering that autism is a human rights and public health issue.