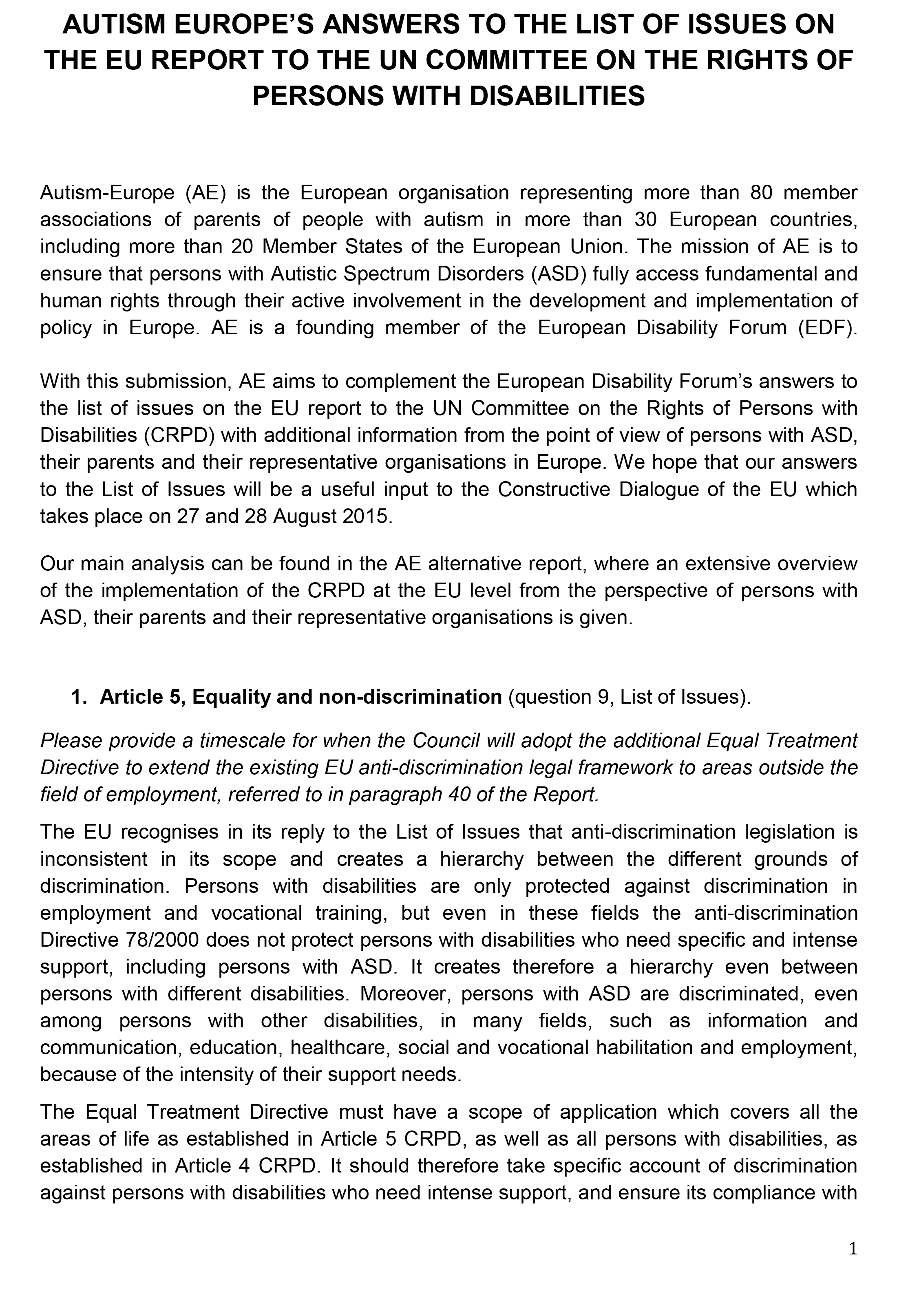 Autism-Europe presents its answers to the list of issues on the EU report to the UN Committee on the Rights of Persons with Disabilities.

With this submission, Autism-Europe aimed to complement answers to the List of Issues submitted by European Disability Forum, adding additional information from the point of view of persons with autism spectrum disorders, their parents and their representative organisations in Europe.
Autism-Europe’s response to the List of Issues was created in order to provide input to the Constructive Dialogue with the EU which took place on the 27 and 28 August 2015.
This website uses cookies to improve your experience. We'll assume you're ok with this, but you can opt-out if you wish. Cookie settingsACCEPT
Privacy & Cookies Policy