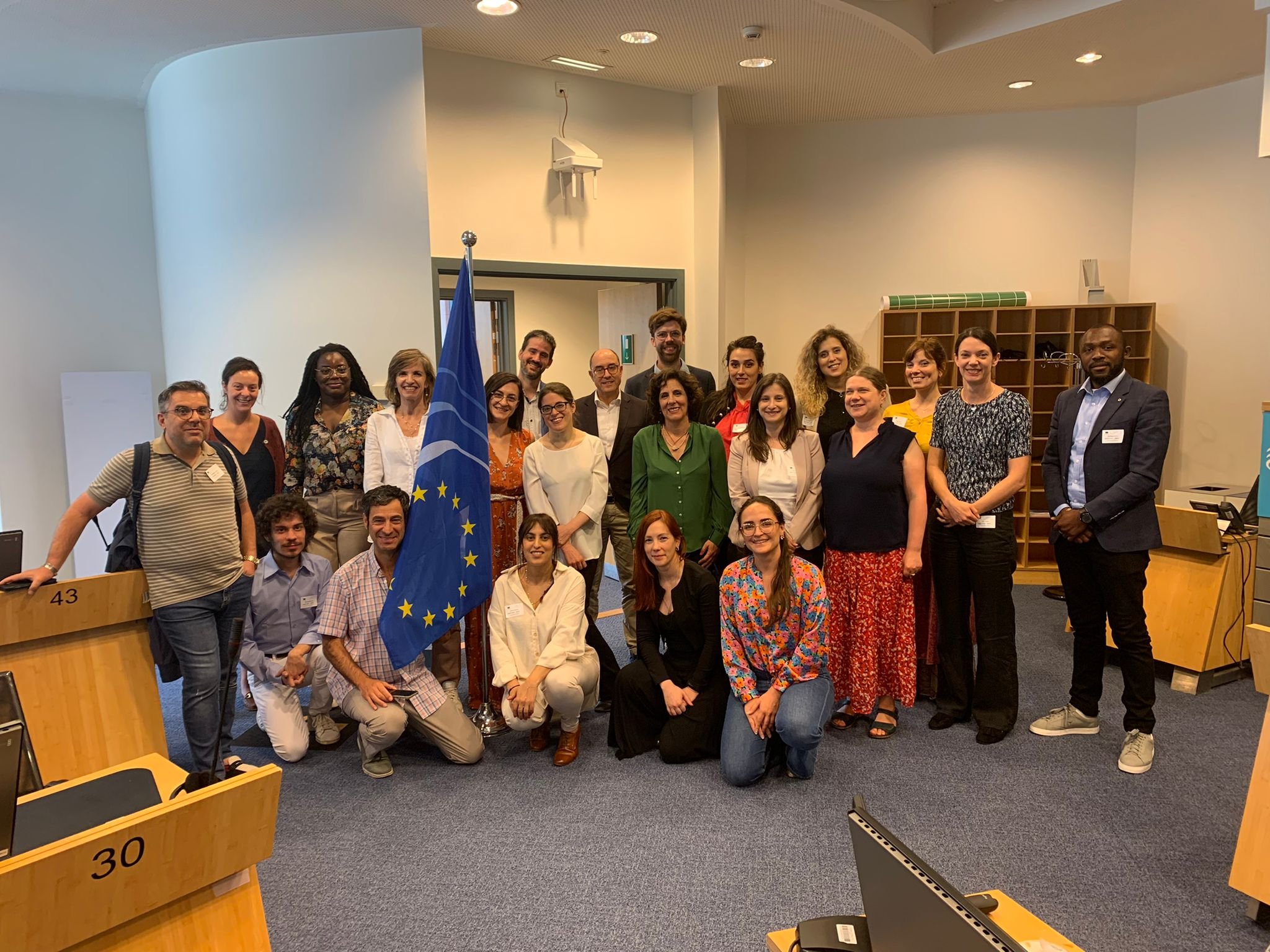 On July 6, 2022, the European Economic and Social Committee (EESC), an EU institution in Brussels, representing the European Union’s civil society, hosted Autism-Europe (AE) and the other partners from the Young Mediators for Inclusion consortium from Portugal, Spain, Italy and Greece. The objective of the hybrid event was to present the model developed through the Young Mediators for Inclusion (YMI) project and to exchange on its relevance and benefits with several European disability and service provider organisations as well as autism researchers and policy-makers.

After an introduction to the event by Autism-Europe’s director Aurélie Baranger, representatives from the project coordinator Inovar Autismo (IA) from Portugal explained how the model for social mediation in the communities was developed. Several young people were trained last summer to act as mediators for inclusion and remove barriers to extra-curricular, non-formal learning, or leisure activities for autistic people in their communities. Representatives from AE’s member organisation Autismo Burgos in Spain and Diversamente ODV in Sardinia, Italy, as well as Inovar Autismo presented the experience of the mediators and autistic people involved in the project through a series of video testimonies. The YMI model supported the inclusion of autistic youngsters in a wide range of mainstream activities.

Autism-Europe and a representative of IT project partner InterMediaTK from Greece presented key tools to support the replication of the YMI model.  The first tool is the European guide for social mediation in the communities based on the concept of inclusion and independent living as spelled out in the United Nations Convention on the Rights of Persons with Disabilities (UNCRPD). The second tool is a mobile application (app) developed to access the above-mentioned guide and addressed to both  autistic people and mediators. The app includes testimonies and other useful resources. Representatives of ISCTE, a business administration school in Portugal presented the evaluation of the project that assessed the success of the YMI project and its sustainability.

Finally, several representatives of the Disabled people’s organisations and service providers reflected together with the general audience – both at the EESC and online – on the needs and benefits of the model for social mediation to enhance inclusion of people with disabilities and on how to replicate this model in other communities. The panel included representatives from the European Platform of Rehabilitation (EPR), the European Disability Forum (EDF) and Inclusion Europe (IE) as well as two autism and inclusion academics from Spain and Portugal.

Ana Sofia Antunes, the Secretary of State for Inclusion from Portugal; then closed the event and congratulated the YMI consortium on this key initiative.

Please find the recording of the event here.

Please find a report of the event on the homepage of the EESC later.