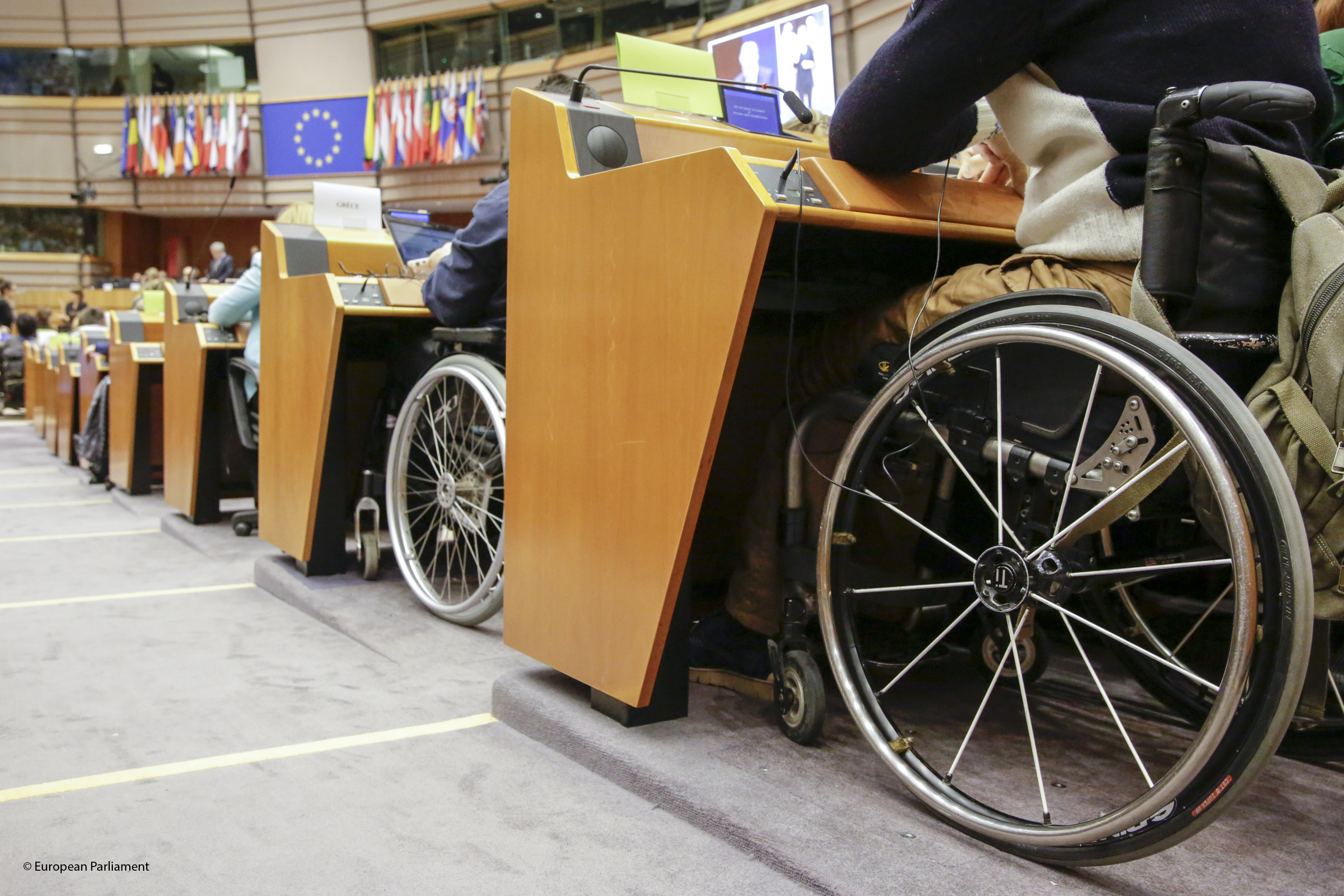 On 4 October, the European Parliament voted on a report backing a strengthened AccessibleEU centre – a flagship initiative of the European Commission’s Strategy for the Rights of Persons with Disabilities 2021- 2030. Initiated by Member of European Parliament (MEP) Katrin Langensiepen, the report, which was adopted by a vast parliamentary majority and drafted in consultation with European disability communities, suggested the option of creating a new EU agency in charge of all disability-related policies.

The initiative report by MEP Langensiepen from Germany – prepared in consultation with the European Disability Forum and other national stakeholders – was adopted by 611 MEPs.

The vote was preceded by a one-hour debate, opened by rapporteur Langensiepen welcoming the AccessibleEU centre. She called for its adequate funding and personnel as well as the direct involvement of people with disabilities. European Commissioner for Equality, Helena Dalli, from Malta, indicated that the AccessibleEU resource centre will be a one-stop-shop on disability policy issues. She specified that the contract for its creation should be signed by the end of 2022 after a call for tender.

The debate continued with 24 other MEPs from 15 EU member states focusing on different accessibility issues faced by people with different disabilities in Europe and on the scope of the AccessibleEU centre. Among them, MEP Anne-Sophie Pelletier from France strongly echoed the proposal for sufficient financial and human resources for the centre’s functioning, as well as representation of people with disabilities among the centre’s staff. MEP Ádám Kósa from Hungary demanded that the AccessibleEU centre goes beyond physical and digital accessibility of built environment and services. MEP Mónica González from Spain called for the consortia to be awarded the management of the AccessibleEU centre not to be some specialized consultancy but to include people with disabilities, to live up to the disability communities’ motto “nothing about us without us”.

Rapporteur Langensiepen wrapped up the debate by demanding the AccessibleEU centre to be a new EU agency. In line with paragraph 18 of her initiative report that mentions  “evaluating the possibility of establishing an agency if the objectives listed in its mandate are not accomplished”.

European Commissioner Dalli presented in March 2021 the EU’s Strategy for the Rights of Persons with Disabilities 2021. Among many initiatives, it includes as one of several flagships the AccessibleEU centre to be rolled out in 2023. According to the EU Commission, it will bring together national stakeholders, experts, disability organisations, and professionals to share good practices on accessibility, and policymaking recommendations, as well as develop tools and standards to facilitate the implementation of EU disability law. The European parliament’s report is not binding for the European Commission when presenting its proposal.