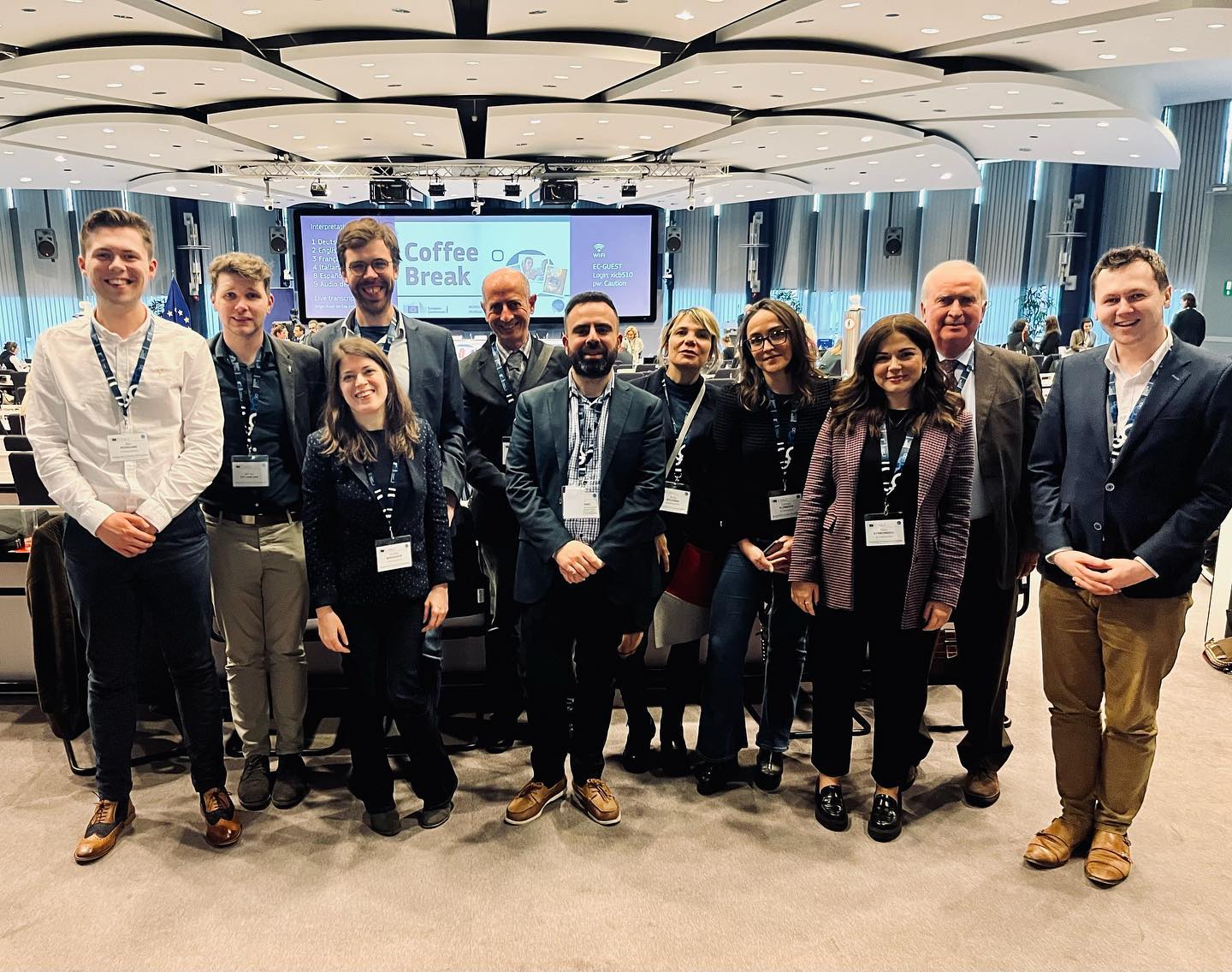 On 24-25 November 2022, a delegation of Autism-Europe attended the annual European Day of Persons with Disabilities (EDPD) in Brussels, a two-day event marking the International Day for Persons with Disabilities on December 3, co-organised by the European Commission and the European Disability Forum (EDF). Throughout the two days, various panels addressed the issues of youth, legal instruments to implement disability rights, and prevention of violence.

Nearly 400 policy-makers, high-level experts, attended the first hybrid version of EDPD since the COVID-19 pandemic and disability advocates from all across the continent. Autism-Europe’s on-site delegation included AE board members, AE’s representatives at EDF committees, and its Brussels-based staff.

European Commissioner for Equality, Helena Dalli from Malta, opened the European Day of Persons with Disabilities by highlighting the recent launch of the Employment Disability Package. She called on the EU Members States to adopt ambitious targets for the employment of people with disabilities. She, furthermore, reminded the audience that 2023 will be marked by the launch of the Commission’s proposal on the EU Disability Card – another flagship initiative of the Strategy for the Rights of Persons with Disabilities 2021-2030.

To reflect on the outgoing 2022 European Year of Youth, the first panel addressed the specific situations faced by young people with disabilities in Europe. Ben Rowsome from AsIam Ireland, Autism-Europe’s representative on the youth committee of the European Disability Forum, addressed the panellists on the issues faced by students with disabilities in transitioning to higher education. Panellist Panagiotis Chatzimichail, a young activist with ADHD, currently serving on the board of the European Youth Forum, commented on the barriers faced by autistic students when trying to access employment. Moreover, delegates pointed the panellists to the disproportionately high unemployment rates of autistic people.

Highlighting global instruments to protect the rights of persons with disabilities

The second panel discussed global instruments to protect the rights of persons with disabilities. One central issue was the current review of the European Union on how it implemented the United Nations Convention for the Rights of Persons with Disabilities (UNCRPD). In this regard, panellist Marine Uldry, Human Rights Officer at the European Disability Forum, recalled the various barriers faced by people with disabilities, including autistic people, mentioned in EDF’s alternative report on the implementation of the UNCRPD by the EU. Panellist Katarina Ivankovic-Knezevic, DG EMPL’s Social Rights and Inclusion Director, remarked on the fact that the Commission’s Strategy for the Rights of Persons with Disabilities focuses also on invisible disabilities due to strong feedback during its consultation. Panellist Giuseppe Palmisano, General Rapporteur of the European Committee of Social Rights at the Council of Europe in Strasbourg, focused on various legal instruments to protect the rights of persons with disabilities. In this context, he recalled the landmark complaint no. 13/2002 International Association Autism-Europe vs. France, which established for the first time in Europe that disability must be considered a prohibited ground of discrimination.

Addressing diverse aspects of violence against people with disabilities

The final panel on violence against people with disabilities highlighted the situation of people with disabilities in Ukraine in the context of the Russian war of aggression. Remotely connected, Yevheniya Pavlova, a member of the Ukrainian National Assembly of Persons with Disabilities, kicked off the panel with her devastating account of schools, hospitals, and other civilian infrastructures on which people with disabilities rely, continuing to be damaged or destroyed. Panellist Bianca Faragau from the European Commission’s Directorate General Justice and Home Affairs announced recent EU Commission initiatives on gender-based violence including a European helpline connecting to national helplines. Panellist Sabine Coppens, the coordinator at Alles over Pesten, an online platform on education against bullying, run by a non-government association from Belgium, reminded her audience that violence against children and youngsters with disabilities at school does not need to be physical only. Her intervention coincided with shocking breaking news from Belgium where some schoolteachers were accused of violence against autistic students.

The AcessCityAwards 2023 ceremony marked the closing of the EDPD. The prizes were awarded by the European Commission to cities in the EU making efforts to become more accessible for everyone. They were handed out by European Commission Vice President for Values and Transparency, Věra Jourová, from the Czech Republic, European Commissioner for Equality, Helena Dalli, DG EMPL’s Social Rights and Inclusion Director, Katarina Ivankovic-Knezevic, and DG EMPL’s new Disability and Inclusion unit head Alison Crabb. Special mentions went to the city of Hamburg, Germany, for its more accessible built environment and the city of Mérida, Spain, for using accessible information and communication technologies. The third prize went to the city of Ljubljana, Slovenia, for renovations to make the city centre more accessible, for better accessibility of its urban gardens, and its low-floor city busses. The second prize went to the city of Córdoba, Spain, for its inclusive tourism concept, for using pictograms in playgrounds, for the possibility of free transport for personal assistants, and for having the first museum in Spain to be completely accessible. The winner of the AccessCity Awards 2023 is Skellefteå, Sweden, for establishing tactile panels as well as an outdoor elevator in the streets, for creating an augmented reality app to explore the city’s cultural centre and for setting up a training department for young people with disabilities to learn about technology.